Post-Apocalyptic Movies by Charles Vane with amazing movie posters and other stuff (courtesy of H.Plasma) 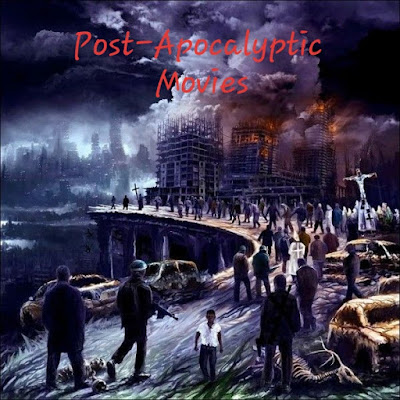 There is much to talk about this genre. It's my favorite genre after horror.

I will start with the movie "Mad Max". I guess there is no one on the planet who has never heard of this movie.

But this movie is not just sci-fi as most know. This movie falls under the category we're talking about right now: post-apocalyptic!!!

These films are specific in that all the stories in this genre are played after a nuclear or other apocalypse. Only the apocalypse is different from the genre.

Post-Apocalyptic - actions following a nuclear or other apocalypse.
Apocalypse - actions occurring before or during a given apocalypse. 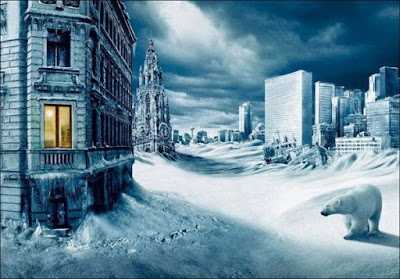 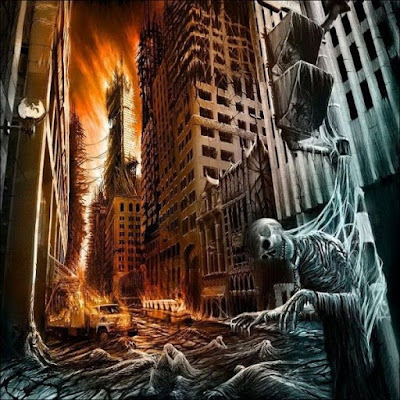 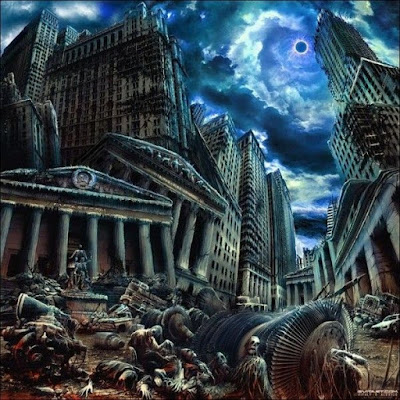 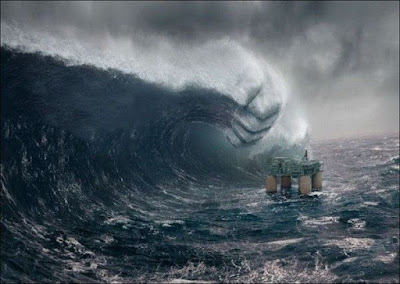 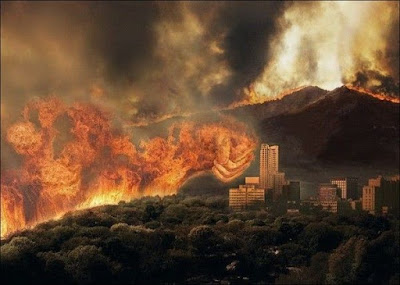 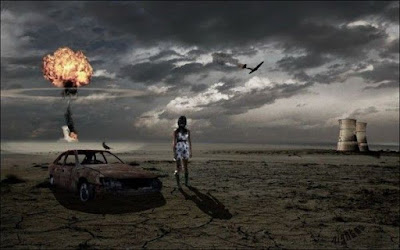 And so,I will introduce you to a small part of these post-apocalyptic films.
I started talking about "Mad Max" so let's start with him.

Mad Max is a 1979 Australian post-apocalyptic movie directed by George Miller, produced by Byron Kennedy, and starring Mel Gibson as "Mad" Max Rockatansky, Joanne Samuel, Hugh Keays-Byrne, Steve Bisley, Tim Burns, and Roger Ward. James McCausland and Miller wrote the screenplay from a story by Miller and Kennedy. Set in a future Australia, the film presents a saga of societal collapse, murder, and revenge in which an unhinged policeman becomes embroiled in a violent feud with a savage motorcycle gang.

The film currently consists of 4 parts.


Talk is about going out and part 5

For me personally, only the first 3 parts are the best.

Wheels of Fire is a 1985 American film directed by Cirio H. Santiago and starring Gary Watkins, Laura Banks, Lynda Wiesmeier and other.

In a postapocalyptic future, a ruthless vehicular gang called the Highway Warriors is conquering the wasteland through murder and plunder. During a raid, they kidnap the sister of a road warrior named Trace. He brings hell down upon them.

"Repo Man" by The Meteors (courtesy of H.Plasma):

The film is set in the future where after a nuclear holocaust, survivors battle each other over the remaining water in the world.

2019, After the Fall of New York (Italian: 2019 - Dopo la caduta di New York) is a 1983 Italian science fiction film directed by Sergio Martino in both English and Italian.

The film was influenced by John Carpenter's Escape from New York.

After a nuclear war, society breaks down into two groups, the evil Euraks and the rebel Federation. A mercenary named Parsifal is hired by the Federation to infiltrate New York City, which is controlled by the Euraks, to rescue the only fertile woman left on Earth.

The film's storyline, set in the near-future world of 1997, concerns a crime-ridden United States, which has converted Manhattan Island in New York City into the country's maximum-security prison. "Once you go in you don't come out". Air Force One is hijacked by terrorists and is purposely crashed in New York City. Ex-soldier and current federal prisoner Snake Plissken (Russell) is given just 24 hours to go in and rescue the President of the United States, after which, if successful, Snake will be pardoned.

The film consists of two parts.

Ann is the 17-year-old heiress to the arms manufacturing giant, The Manhattan Corporation. Unable to face her guilt over inheriting a morally questionable company when she turns 18, Ann runs away into the lawless wasteland of New York's the Bronx. According to the film publicity: "In the year 1990 the Bronx is officially declared No Man's Land. The authorities give up all attempts to restore law and order. From then on the area is ruled by the Riders".

Attacked by a roller skating gang called The Zombies, Ann is saved by members of The Riders, and taken under the protection of The Riders' leader, Trash. The Manhattan Corporation hires a ruthless and psychopathic mercenary named Hammer, who turns the various Bronx gangs against each other to ensure Ann is returned.

"Time Of The Season" by The Zombies (courtesy of H.Plasma)


The movie is in three parts:

Set in the aftermath of a devastating thermonuclear war, the plot is a futuristic tale of collapsed governments and bankrupt countries heralding a new lawless age. A co-production between New Zealand and the United Kingdom, it was filmed on location in New Zealand and starring a number of local actors, and was part of a wave of similarly-themed films made in the wake of the success of the Mad Max series.

Fist of the North Star is a 1995 American straight-to-video live-action martial arts film based on the Japanese manga of the same name by Buronson and Tetsuo Hara. The film was directed by Tony Randel, who also co-wrote the script with Peter Atkins, and stars Gary Daniels, Costas Mandylor, Chris Penn, Isako Washio and Malcolm McDowell. A Japanese dub of the film was produced by Toei Video which featured the cast of the 1980s anime television series reprising their roles.

The film, which loosely adapts the first story arc of the original manga, centers on Ken (Daniels), the lone master of the "North Star" martial art school, who wanders the post-apocalyptic Earth in search of his nemesis Lord Shin, the man who killed his master and kidnapped his fiancee. Meanwhile, Shin rules as dictator of the city of Southern Cross with his personal army known as the Crossmen, who are given orders to hunt down Kenshiro.

Waterworld is a 1995 American post-apocalyptic science fiction action film directed by Kevin Reynolds and co-written by Peter Rader and David Twohy. It was based on Rader's original 1986 screenplay and stars Kevin Costner, who also produced it with Charles Gordon and John Davis. It was distributed by Universal Pictures.

The setting of the film is in the distant future. Although no exact date was given in the film itself, it has been suggested that it takes place in 2500. The polar ice cap has completely melted, and the sea level has risen over 7,600 m (25,000 feet), covering nearly all of the land. The plot of the film centers on an otherwise nameless antihero, "The Mariner", a drifter who sails the Earth in his trimaran.

In a post-apocalyptic 2019, a lone gunman named Yuma fights a gang of bandits called the United Regime who have invaded the town of New Hope.

"The Man With No Name" by Fireball XL5 (courtesy of H.Plasma):

Six-String Samurai is a 1998 American post-apocalyptic action comedy film directed by Lance Mungia and starring Jeffrey Falcon and Justin McGuire. Brian Tyler composed the score for this film along with the Red Elvises, the latter providing the majority of the soundtrack.

In the post-apocalyptic world of 1960s Nevada, a rock 'n' roll samurai on his way to Lost Vegas takes a young orphan boy under his protection as Death and his metalhead Horsemen chase after them.

A telepathic mutant recruits a post-World War III TV game-show warrior to lead her band of mutants to safety.

"Mad Max" clone set in the not-too-distant future about a group of people trying to escape to a safe haven called Neon City after a solar disaster that has decimated the Earth.

"Lucifer's Light of the World" by King Dude (courtesy of H.Plasma):

In the nuclear-ravaged wasteland of Earth 2087, water is as precious as life itself. The isolated town of Lost Wells, an outpost that survived the holocaust, is led by Ethan (Bruce Dern), a Moses-like guru and the last schoolteacher on the planet, Angie (Catherine Stewart). The inhabitants of the town guard the secret of their existence and source of their water from the outside world.

An evil cult of pseudooreligious renegades led by Derek (Adam Ant) discovers the existence of the water source and wants control of the town's valuable water supply. As the villagers are no match for Derek's brute military force, they hire mercenaries living in a distant city. That group includes Nitro, Ten Watt and they are led by George Landon. The townspeople and the mercenaries team up to stage a last ditch defense of the town.

Steel Dawn is a 1987 American post-apocalyptic science fiction action film directed by Lance Hool and starring Patrick Swayze and Lisa Niemi. The working title of the film, which mixes the genres of science fiction and western, was Desert Warrior.

In a post-apocalyptic world, a warrior wandering through the desert comes upon a group of settlers who are being menaced by a murderous gang that is after the water they control. 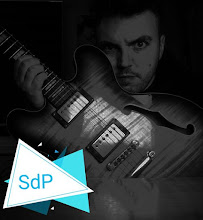